Pioneer families began arriving in southern Woodbury County and northern Monona County in the 1870's near what was later to become known as the town of Hornick. These families bought land for their farms where they built homes and farmed the virgin soil which was covered with tall prairie grasses. A small cluster of homes were built in  the 1880's near the Westfork River in Willow Township. There was a little store selling the main essentials needed by these families, mainly flour, sugar, coffee and salt. These early residents gave no name to their settlement - perhaps they had no desire to become a town until the Milwaukee railroad was built cutting the little group of houses into two parts, those south of the tracks near the store and the larger number north of the tracks. The railroad officials and Mr. D.W. Skinner, owner of the Skinner ranch east of town, thought there should be a name given to the settlement and decided on the name of Hornick, after John Hornick, who owned land adjoining the town. Hornick became officially known in 1887 the year the railroad was completed.

Throughout the early part of its first 100 years of existence, the City of Hornick and its residents weathered through  many natural hardships while enduring significant changes with the railroads and agricultural practices. Despite these challenges, what remained in the City of Hornick and in the hearts of its residents was a strong sense of community and pride. In July 1987, Hornick residents gathered for a 3-day centennial celebration which featured parades, fireworks, dances, crafts and games for all ages. The huge event attracted people throughout Woodbury and its neighboring counties. In order to prepare for the celebration, a centennial board and numerous sub-committees were formed one year in advance of the event. Countless volunteers helped raise funds by holding raffles, barbeques, bake sales, souvenir sales, and a huge auction. The "Book Committee" worked tirelessly to collect the historical artifacts that would be used to help develop the content of the Hornick centennial book, "Hornick, Iowa - History of 100 Years". To view a copy of the centennial book, which is full of memorable photos of Hornick's rich history and highlights of the centennial celebration, visit the Hornick Public Library.

Today, the City of Hornick provides its residents with a safe, affordable, small-town quality of life that many American's yearn for. Conveniently located along U.S. Highway 141 and near U.S. Interstate 29, Hornick is just a short drive to large urban amenities and is in the heart of many first-rate outdoor recreational opportunities and beautiful rural settings. Hornick is home to many small businesses, and with it's pro-business climate, the City is working to position itself to be the future home of many new businesses looking to grow or expand. Currently, Hornick city officials and residents are in the midst of developing a comprehensive plan to help guide future development and growth. By planning for Hornick's future now, they hope to have the policies and infrastructure in place to ensure the city remains to be one of the best places to live, raise a family, and operate a business. 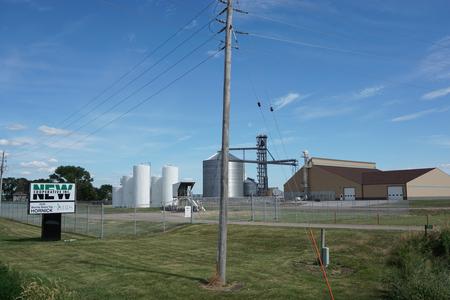 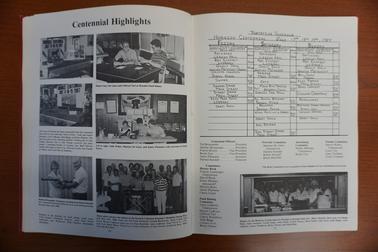 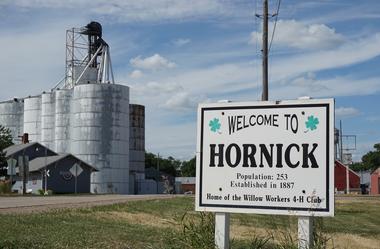 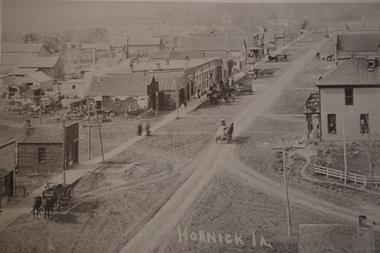